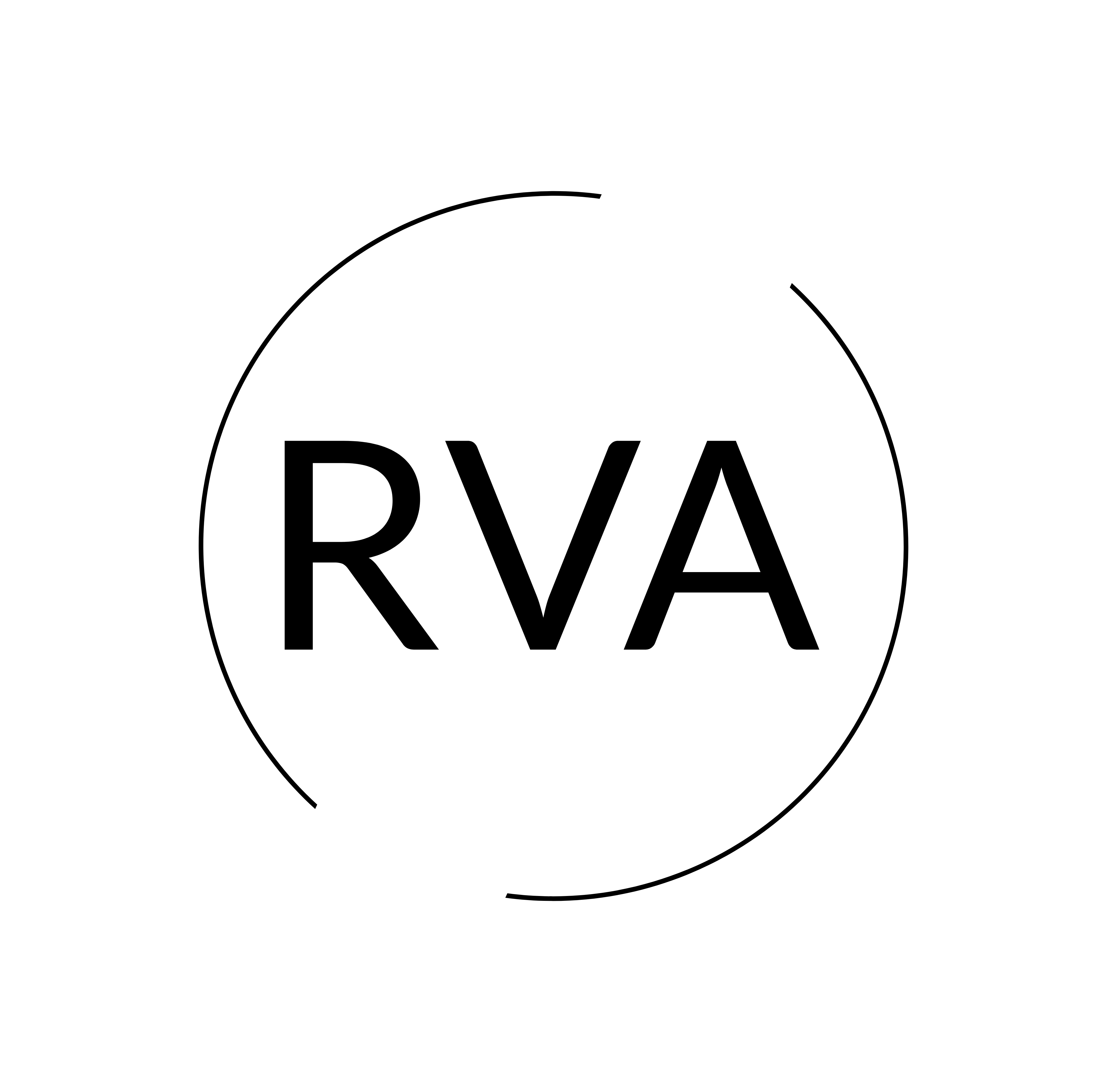 ‘THE VOICE’…..It is ironic that precisely because of the program with this name, people find their voice and a theme as old as mankind, even in the tolerant (or is it indifferent?) Netherlands, finally becomes debatable.

On 20 January 2022 at 16.00 hours the program ‘Boos’ of presenter Tim Hofman opens up the cesspool of transgressive behavior by exposing the abuse that happened during the production one of the Dutch favorite programs ‘The Voice of Holland’.

In this episode, several women talk about various cases of sexual transgressive behavior they’ve experienced at The Voice. From inappropriate comments to harassment, sexual assault and rape. Dozens of women shared their stories.

Hofman previously made a broadcast about sexual transgressive behavior on the RTL program De Villa in 2019. The episode about the situation at The Voice was viewed 5 million times on the day of the broadcast.

Not only the women, also John de Mol, co-creator and until 2019 executive producer of The Voice, spoke up. De Mol said about the revelations that he hopes they will  “set an example” and about the abuse that “it ever happens again” victims will have learned to “report it immediately. These statements are not isolated and are not entirely attributable to Mr. de Mol. They provide insight into how perpetrators and victims of transgressive behavior are viewed in our culture.

On December 21, 2021, CBS published new figures on sexual violence. They show that the problem is big in the Netherlands. It was investigated how often sexual harassment and sexual violence, both physical and online, occurred in a one-year period. It is about unwanted touching, sexual remarks via the Internet, but also about being forced into sexual acts and rape; in short, it examines the entire spectrum of unwanted sexual behavior.

The numbers are shocking. Last year, more than one in 10 Dutch people age 16 and older experienced some form of sexual violence, which is more than one and a half million people. Young women are more likely to become victims. Per year, 22% of 18–24-year-old women have experienced physical sexual violence, ranging from unwanted touching to rape. That’s four times as often as their male peers. The United Nations calls it a shadow pandemic.

Based on how we handle complaints, we can only suspect that the real numbers are much higher. Complaints about inappropriate behavior in the workplace are often handled in a way that protects the perpetrators and re-victimizes the victims of misconduct. The are often silenced, blamed and even bullied. Retaliation against victims is no exception.

Organizational and cultural factors that contribute to discrimination and harassment include a lack of accountability among managers, nepotism, conflict avoidance, and negative attitudes toward diversity. The impact of harassment and discrimination on the mental and physical health of victims is enormous. Subsequently, an entire organization suffers. Witnessing that perpetrators are protected and victims punished leads to a culture of fear, which makes victims and bystanders increasingly intimidated and hopeless.

This behavior creates not only a culture of fear, but also a vicious cycle. It partially answers the question of why so many victims do not report, or often only report late.

That’s not to mention the shame. Most victims blame themselves. They are ashamed because they did not fight back and wonder what trigger they used to cause the perpetrator’s behavior. This shame is so excessive that they often conceal the most painful things, or report them very late. The reason victims do not resist, or in some cases even cooperate, is not a rational one. Your body wants to survive. When they then find the courage to share their experience and talk to someone these people often respond with comments like, “If this had happened to me, I would have……”. This only adds to the victim’s shame. What we need to understand is that the victim’s brain does a risk analysis and interprets based on the perception of that moment. Keeping the peace, not resisting, cooperating and even reconciling with the perpetrator takes place not because it is desired, but as a survival tactic.

The damage that transgressive behavior does is not just personal. It damages the entire society. Particularly in the Netherlands, we still like to look the other way and are good at laughing off topics that deserve our attention. Perhaps out of discomfort, who knows. It would explain why the #metoo debate never really got any attention in our country. I remember a consultation that took place during the heady days of #metoo. I was in a meeting with four men. A, in my mind, very condescending comment was made about a female colleague (not present). I suggested her name because I wanted her to be involved. It concerned her portfolio. The reaction of one of the men was that this lady was irrelevant and would have no say in the organization she worked for, despite her position. He added that he wondered in any case how this woman, unattractive to him, had even got the job. I interrupted him and indicated that I found his remark unprofessional and condescending. Whereupon a wide grin appeared on his face and he said, “Oh, do we have little #metoo situation now?”  The others laughed along and the meeting continued.

Let’s be clear, it’s not a matter of the men against the women. Women in particular react harshly toward other women and they too laugh things off. We all have a lesson to learn here.

The cause of our empathy deficit may be found in our deficit thinking. We have been taught a ‘dog-eat-dog’ mentality. Particularly during the industrial revolution, when we were dependent on resources, we started fighting each other. What the other has, I cannot have. In order to secure our situation, we started to make sure that we and our ‘inner circle’ had more than the others. Not because we needed to, but because we could. You never knew. ‘Pack up, winter is coming’. Et voilà, the consequences show in our daily lives: Climate change, refugee crisis, extinct species and shortages.

The world has long since evolved into a knowledge-based digital one, but in our heads and behavior the laws of the industrial revolution still apply. We will have to speed up our personal transition, because for treating others as unequal we pay a high price.

Over 70% of Dutch women work part-time. That is the least number of hours in Europe. Liebeth Staats made a documentary about this, which brought her a lot of criticism. The remarkable thing was that she did not criticize she just examined the status quo including its consequences. The Netherlands is set up on the one-and-a-half earner model. The consequence is not only that 40% of Dutch women are financially dependent, they also do not pay social contributions, which in turn contributes to the weakening of our social system. According to Staats, the cause is, on the one hand, the policy; childcare is too expensive, schools close at 3 p.m. and, on the other hand, the Dutch culture; mothers who work are selfish, mothers who don’t are lazy. Well, a classic catch 22!

The progressive Netherlands is extremely conservative on the subject of equality.

We have a lot to gain in this area. Our complex world is constantly changing and throwing new information at us. Our challenges require all hands-on deck. Equality, respect and empathy are not only a moral obligation, but also of socio-economic importance.

If we are to meet the challenges of the current era, it will require a different way of thinking and acting. We will have to combine our strengths and talents. It is precisely the diversity that can help us do this. If we want to be sustainably successful in a complex knowledge-based digital economy, we can only do so if we form diverse self-managing teams based on equality. We will have to shift our focus to adding value, rather than making money. The days of boardrooms full of old white men in gray suits are gone forever. Diversity is the key to innovation.

What to do next?Transitions are processes. They take time. On the other hand, we may ask ourselves how long we think we need until we will treat others equally. This is not a question of transition, but of character, which is as we know a victory and not a gift.

Finally, both morally and socio-economically, we need to start by creating safe environments. Safe Havens where people feel that they are able to be themselves and, if necessary, have the courage speak up against behavior that is disrespectful. This includes dealing with it confidentially and empathetically when it occurs.

To start with, you should do a Culture Scope within your company, to find out what the real state of social intelligence, inclusion and values such as respect, courage, openness, focus, commitment and trust is in your teams. Not only will you find out how healthy the culture and dynamics of your company are, you will also find out how strong your innovative power is.

Then, as the first active step that forms the basis for the safe working environment, you formulate a Code of Conduct together, in which you agree with each other how you deal with each other on the shop floor, what your values are and what you do when the values are violated. You are not there yet, because you don’t leave it at that. The real work has just begun. A Code of Conduct is not a paper tiger, which you dump in the archive after formulation and then tick off the subject of safe workplaces on your to do list. It is your point of departure, your compass for open communication.

Do we really need that? Yes, we really need it. In this day and age, no company can afford not to make the way we interact a priority. We need safe havens and we need them now!